How to use a tug to build drive easy 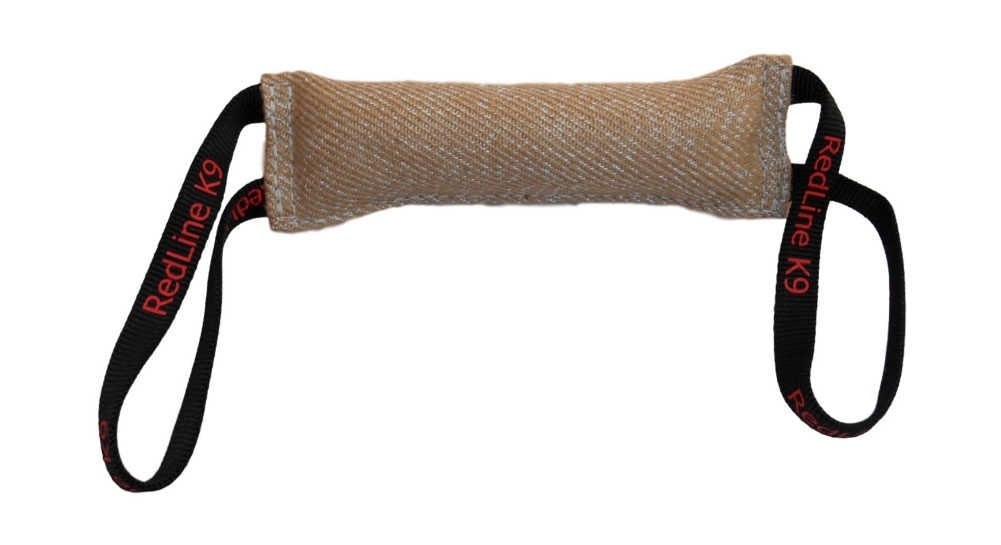 Leather tugs are very useful tools in training your dog.

How to use a tug to build drive is a question I found myself asking.  There are numerous different tugs,  smaller tugs usually  provide a soft biting surface used for starting bite development in younger dogs, while the larger tugs are a firmer tug.

Drive building in adult dogs is always done with the smaller tug. These tugs have one handle or two handles. The advantage of a smaller tug is that it can be moved faster than a larger tug.

The smaller tug is very helpful in  drive building.

The idea is to move it around your legs and body at such a speed that the dog can not get at it. Moving them around in short quick movements forces the dog to move quickly if he has the drive to catch it.

As the dog misses the tug it builds up frustration and frustration builds drive. Using the longer tugs does not work because  dogs are nearly always too quick.

It’s far easier for them to grab a long tug or the second handle on the longer tugs. So it’s much easier to play “keep away” with a smaller tug.

How to use a tug to build drive: Train the “out” first.

This is very important practice to manage the game.

How to use a tug to build drive: Teach no teeth on skin.

Your dog needs to learn to be extremely careful about where he places his teeth. As soon as teeth touch your skin, mark it with some kind of noise or phrase  and immediately drop the toy. Wait at least 15 to 30 seconds before you begin the game of tug again. The no-teeth-on-skin rule helps keep you safe and teaches your dog to be careful with how he uses his teeth while engaging in the game of tug.

Show the dog where to bite

Dogs will always go for the easy bite initialy which invariably will mean trying to grab the tug up near the handle, for easier grip. Holding the tug at either end and presenting the centre of the tug for biting will help build the dogs idea of where to grip.

Playing tug with your dog can be hugely rewarding. But if you don’t get it right, it can be the most annoying and especially  painful thing to do.